[NOTE] Updated December 26, 2019. This article may have outdated content or subject matter.

Once I said to run C language on JVM as my final project, but find it meaningless and useless without making out any scene. During my internship in Pingan fu, I read the heavy and document-less Java code day by day and did the stuff on the test framework. One day, I was reading a code fragment about the accounting voucher using the cartesian set, the method is long, the condition is complex, the document is none. the … WTF? But the shit of code brought me out with a brilliant idea, why not do some visualization on the mess of code? That’s the point, so I changed my mind.

If the code can be represented in some graphs, it must be more readable and understandable. So what graph should I choose? The UML is great for showing the blueprint of object relationships, its fields, and behaviors, but do nothing on the control flow and algorithm. So I chose the flowchart which presents the control flow of the code fragment. The flowchart is focusing on something smaller, usually, a code snippet where the algorithm or control flow exists. If a tool can convert the Java code snippet to a flowchart, I think I would understand the code more quickly that day.

So let’s convert Java code to flowchart graph! With 2-3 weeks' learning and hardworking, the demo came out named CodeFlow.

Some features I’ve implemented so far:

To-do or nerver do

These features will maybe should not be supported, but I also have a plan. For the labels and goto, Dijkstra’s Go to statement considered harmful is well-known, yes, goto is harmful, but also useful in some situation. Whatever, Java reserves goto keyword, but not allowed to use.For the class method, as I wrote in comment:

Though our lexer and parser support parsing class declaration, but an object in a flowchart is complicated and confused. An Class/object should not represent in a flowchart, maybe a UML graph is better.

Here is a example of binary search: 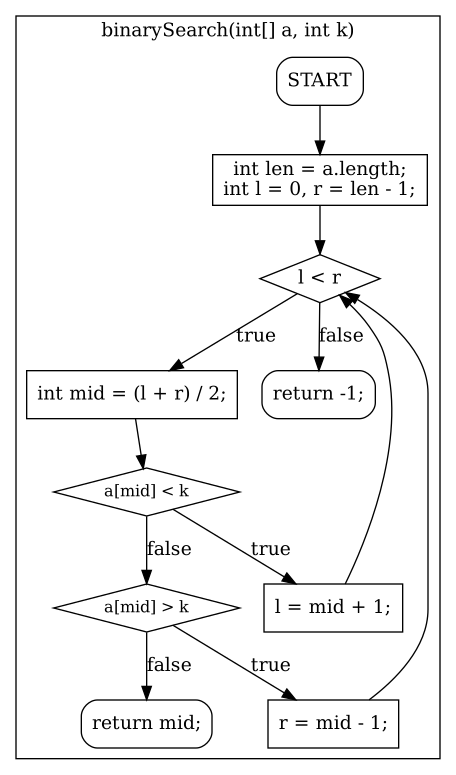 I’ve created an IDEA plugin demo using the API I’ve built. The UI is simple but the function is fine. 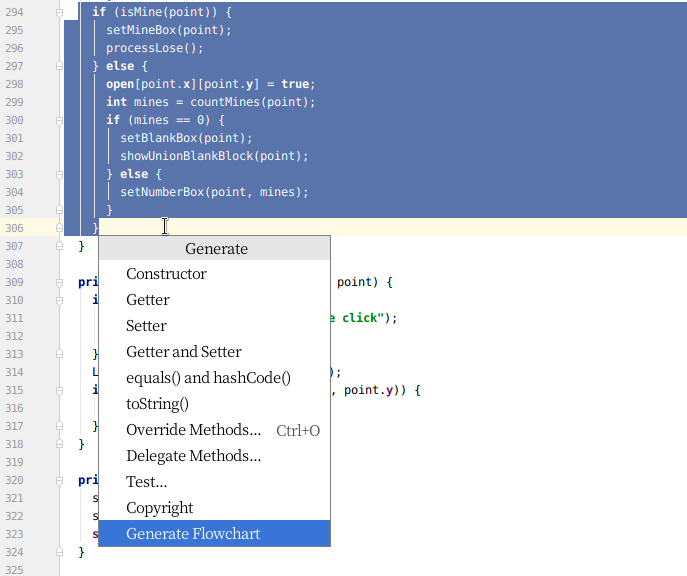